Coenzyme Q10 is a vitamin-like antioxidant molecule that facilitates the biological process of generating adenosine triphosphate (ATP), or energy metabolism.* ATP powers the vast majority of cellular actions that the human body performs. It keeps the wheels turning in every way.

CoQ10, as it’s called, also benefits heart health, helps reduce fatigue, and keeps blood pressure at a healthy level.[1] In fact, CoQ10 may be one of the most underrated supplements when it comes to endurance training, considering that most endurance sports rely on explosive movements, power, speed, and cardiovascular well-being.*

How Does CoQ10 Work?

CoQ10 increases cellular energy when the carbohydrates and fats that you consume are converted into ATP. That, in turn, fuels almost every cell action in your body.*

As an athlete, you demand a lot more from your cells than the average person in order to supply the organs, tissues, and muscles with the appropriate nutrients and energy required to perform at a higher level for longer periods of time. CoQ10 helps make muscle cells more efficient at producing and using energy. Specifically, it enables the human body to restore the rate of mitochondrial respiration, muscle strength, and exercise tolerance.*

3 Reasons That CoQ10 Is the Best Vitamin for Endurance Athletes

In a randomized double-blind, placebo-controlled study conducted in Germany, researchers investigated the effect of Ubiquinol, a form of CoQ10, on physical performance, measured as maximum power output, in young, healthy elite athletes.[2] One hundred elite-trained athletes (53 males, 47 females, average age 19.9) received either 300 milligrams of Ubiquinol or a placebo every day for six weeks. They also performed a maximum power output test on a stationary bicycle at the beginning of the study, halfway through, and at the end of the six weeks. 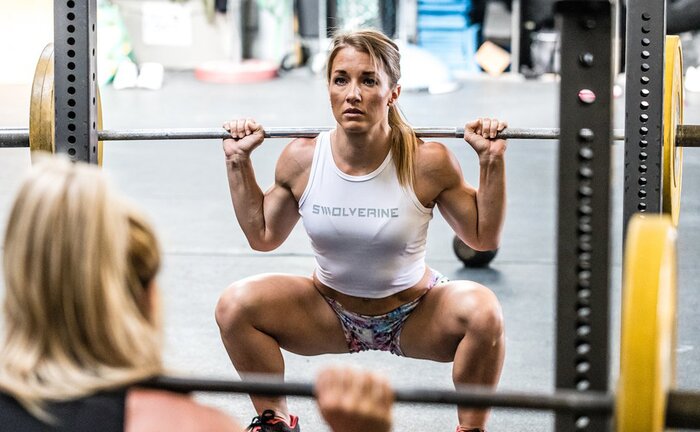 One of the main findings was the maximum amount of power the athletes could generate per pound of body weight. The harder the stationary bike was pedaled, the more energy was put out.

The results showed that the CoQ10 group improved their power output significantly more than the group that had gotten the placebo. While there was no crossover element in the study, these results point to CoQ10 potentially playing a meaningful role in improving power output.*

CoQ10 is an essential component of the mitochondrial electron transport chain and an antioxidant in plasma membranes and lipoproteins.*[3] Without a healthy volume of CoQ10, your body would have to resort to much less efficient forms of energy creation, drastically reducing your physical capabilities.

In another randomized double-blind, placebo-controlled study, published in the Journal of the International Society of Sports Nutrition, 41 subjects aged 26-33 years (22 aerobically trained and 19 untrained) were given either a dextrose placebo or 100 milligrams of CoQ10 twice per day for 14 days.[4] The results showed that CoQ10 supplementation improved plasma and intramuscular CoQ10 levels and may even lead to increased time to exhaustion (the time-to-exhaustion results didn’t quite hit statistical significance).*

These findings demonstrated that CoQ10 supplementation may potentially benefit endurance athletes, helping to prolong exercise capacity, performance, and time to exhaustion. That means running, swimming, and cycling farther, which could greatly enhance competitiveness.*

Several studies have shown that CoQ10 can help reduce post-workout inflammation and temper muscle damage after endurance training.* CoQ10 is critical for the synthesis of ATP, as 96 percent of all aerobically produced energy involves CoQ10. Though it is synthesized in the body, a small amount of CoQ10 is degraded and can be replenished from supplemental and dietary sources. Organs like the heart and muscles, which require consistent and robust bioenergetics, depend on a sufficient supply of CoQ10 and produce less energy and strength if they are deficient in it.[2] 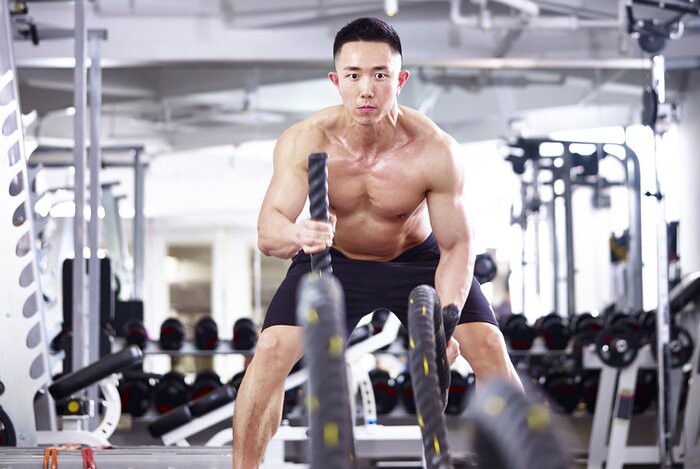 In a randomized placebo-controlled trial conducted at the Iran University of Medical Sciences, 18 middle-distance runners took either CoQ10 or a placebo for 14 days.[5] The results showed that CoQ10 supplementation helped reduce oxidative stress, blood lactate, and exercise-induced muscle damage.* Interestingly, creatine kinase remained unaffected in this study, but reducing DOMS and blood lactate is a great place to start on your road to recovery after a tough workout.

To increase CoQ10 content in human muscle, it can be necessary to increase the CoQ10 plasma over a longer period of time so that the muscle tissues have enough time to absorb the CoQ10 from the plasma. Higher dosages of 200-300 milligrams of CoQ10 over a 4-12-week period are needed to increase muscle CoQ10 content. Therefore, endurance athletes potentially need 200-300 milligrams per day to achieve an enhancement in athletic performance.* For health-conscious consumers looking to increase CoQ10 to support heart health and overall wellness, 100 milligrams per day can work just fine.[2]

Despite popular belief, clinical studies suggest that higher dosages of CoQ10 can significantly improve athletic performance by increasing peak power output and time to exhaustion as well as speeding recovery.*