Amie Mock would love to tell you that she got into lifting for purely aesthetic reasons, but the truth is she started lifting because she knows from hard-earned experience the true price of not being strong. For three years, Amie had a boyfriend who frequently beat and abused her.

Unfortunately, Amie is not alone. According to current statistics on domestic violence in the United States, it’s estimated as many as 1 in 3 women will experience some form of physical, sexual, or psychological abuse committed by an intimate partner.

Being the victim of stalking, violence, and assault can lead to feelings of powerlessness, which is why so many women, including Amie, turn to the gym. For many, lifting weights is more than just a means to stay fit: it’s a way to reclaim lost strength and solidify newfound independence.

For Amie, lifting has given her more than just muscle. It has helped her discover what true strength is. Now, she is using her platform as a JYM-sponsored athlete and a physique competitor to bring awareness to the pervasiveness of domestic abuse and violence and shed light on an uncomfortable truth: There are a lot of women at the gym just like her.

I went into foster care when I was about 3, and early on I developed the ability to adapt to every new home. They call kids like me “chameleons,” blending into different styles, different people, different rules, different schools—even different accents. You learn to adapt very well, to please everyone around you, and to hide and ignore your true feelings.

My aunt is the one who finally got me out; she moved me back to a small town in Texas. When I got the opportunity to play sports, I saw an outlet that would allow me to get all my pent-up aggression out. I did everything, I played everything, I excelled in everything. I did three times more than anyone else. I wanted to go to college and be a professional athlete.

A lot of that extra effort came from my subconscious mind telling me I couldn’t be a failure like my parents. I just had to keep going, keep pushing. When you’re a kid, you’re too scared to talk about things that have happened to you. For me, sports were how I coped. 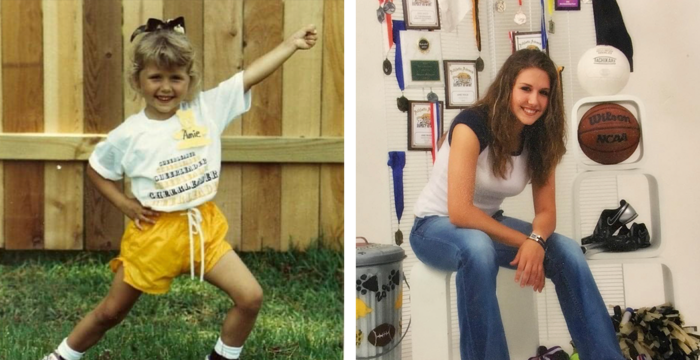 As I got older, I just started to veer off track. I started going to parties and doing things I shouldn’t do. I did not go to college or get an athletic scholarship. I did not do any of what I had planned on doing.

But now, when I look back at who I was, I realize I only felt strong because I didn’t care—that’s not being strong. I wasn’t taking care of myself and my own issues—all I did was mask them by partying and having fun.

Found By the Wrong Person

To a person who’s a narcissist, or a sociopath, or a womanizer, someone who puts on a smile on hertheir face and pretends to be OK is the perfect opportunity. They target you because they see you putting on a show, and they know that underneath the mask you are vulnerable.

I got into the bad situation I was in because I was relying on someone else to come in and fix all my problems. That’s the worst thing—you’re giving them all the power. Anything they say is right, and anything you do is wrong, and you have to believe it because you’re trusting them that they’re healthy.

It took me a bit, but I had to realize I never would’ve been found by him if I hadn’t been lost in the first place. I never confronted any of my abandonment issues about lack of love or abuse. I never took those things on, so all it took for someone to take over my life was for this man to show me any type of attention.

Soon after we got together, he moved me to Virginia. My family’s here in Texas, so I was isolated. I was alone, I didn’t have a car, I didn’t have anything—I relied solely on him.

It only took about a month before the abuse started. Looking back, I know I saw all the red flags from the beginning, but I didn’t want to admit it to myself. 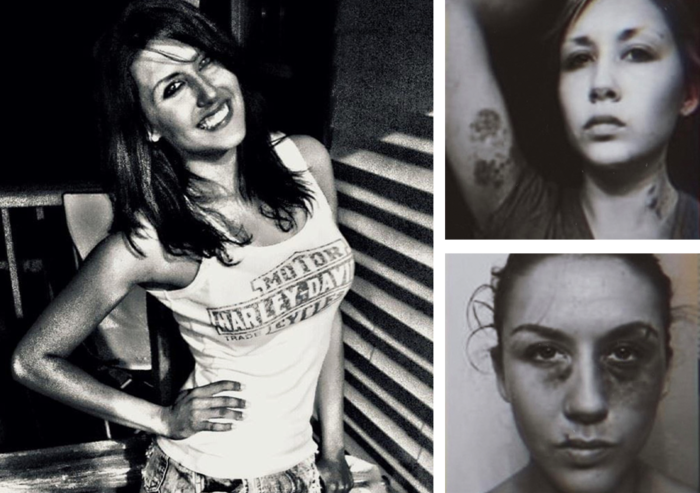 Being in an abusive relationship is like doing drugs: You go from soaring highs to crashing lows, then it just gets lower and lower.

My lowest point was realizing that I wasn’t strong enough to fight him off. Not just physically, but mentally. It was exhausting.

The last time, he beat me so badly he thought he’d killed me. I was lying there as I had so many times before, waiting for him to come and pick me up like a rag doll because I’d never been strong enough to pick myself up before.

I saw the front door and the light was shining through it, and I knew that was the gateway to freedom. I knew I had to be the one to walk out, because he wasn’t going to let me go and I was not going to survive if I didn’t get out.

I Know What Strong Is Now

I never want to feel like that again. So, the next day I come back and I push through it.

I’m now lifting weight that is hundreds of pounds more than he was. Whenever I look in the mirror and I see a muscle, it’s something that I earned. Each time I fail, I know I’m going to lift that weight up next time. 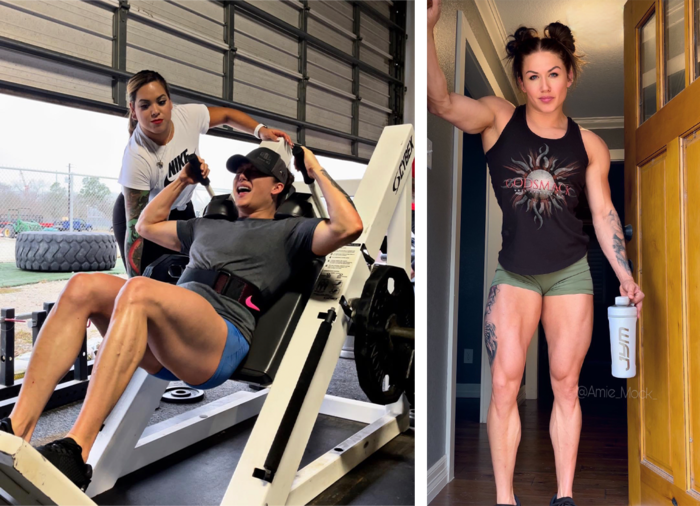 I am glad that now I can see what strong is compared to what I used to think strong was; strong is facing your demons. Strong is holding yourself accountable to acknowledging what’s going on inside. I have learned to open up and tell people, “Hey, I’m not doing good,” or “Hey, I need to talk.”

Before, I painted over the red flags, I ignored gut feelings. I was weak-minded because I wanted affection. He saw that and took advantage of it. But I saw that opportunity to get up and run, and I took it.

I will never forget what it takes to be strong.

We Need to Talk About It

I’m not saying every girl who lifts experienced abuse—I just hope people will realize what girls like me have been through and start to see things differently. Don’t criticize a girl for being muscular, ask why she feels like she needs to get stronger in the first place.

We need to acknowledge the percentage of girls who go into lifting weights—and fitness in general—because they were abused physically, emotionally, and sexually. I am in a sport that’s filled with these types of people, and yet we don’t really talk about it.

It would be great to see more support from the bodybuilding community. I’m going to make it a point that every time I compete, my bikini has purple incorporated in it. That’s the color that represents victims of abuse, and I want to stand on that stage and show exactly why I’m there and how I got into this sport. 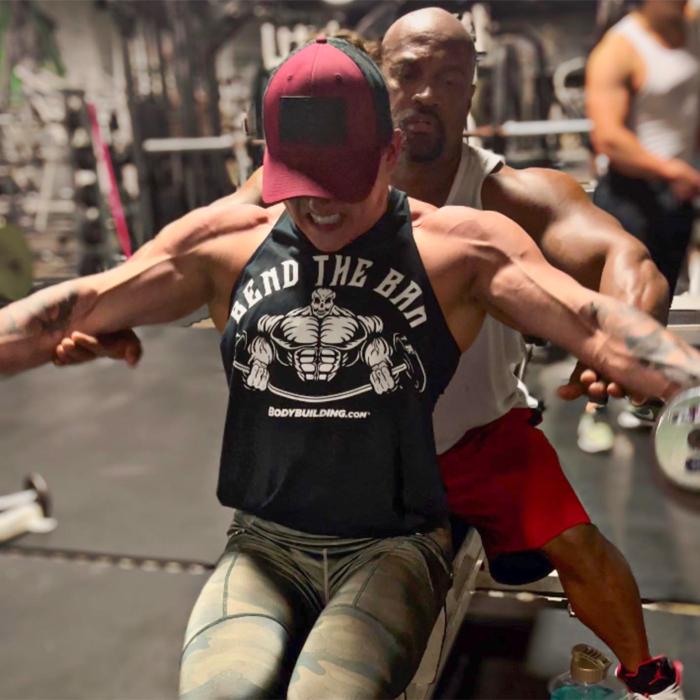 If I can shed more light on this issue, then the world that so many of us live in won’t be so dark. The more attention you put on something, the more attention it will get. I want to get to a point where it’s no longer the norm to be quiet.

I would rather have an uncomfortable conversation thenthan just sit back and allow people to be ignorant about what’s really going on. This horrible thing happened to me and it’s OK to talk about it. If I hide from it, it’s like saying I lost.

I’m bringing it to the surface so everyone can see how far I’ve come and what I’m able to do in spite of what happened. That is strength.

It’s About More Than Just Building Your Body

I started out just wanting to get out and prove him wrong. But now I look at my before and afters and it’s amazing. I wish I could tell each and every person what that feels like.

It doesn’t matter if all you do is lift the 5-pound weights and do cardio if that’s your thing. As long as you’re leaving the gym feeling good, happy, and like you’ve achieved something, then you did it. You’re doing exactly what the person over there lifting 200-pound dumbbells is doing. You’re building strength in your own way. 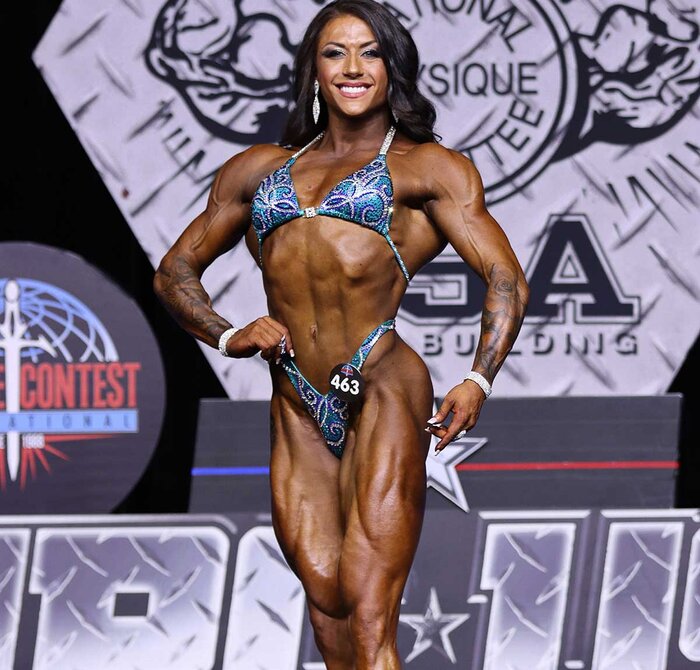 I’m stronger than I’ve ever been. I want to work hard and compete and better myself and inspire those around me. I love this sport. I love knowing that we are all trying to get stronger—mentally, physically, emotionally—and we’re doing it with a similar mindset and together in the same environment. It may not be for the same reasons, but we all have the same goal.

If you or someone you know is in a violent or abusive relationship or is being threatened or stalked by a partner, please contact the National Domestic Violence Hotline at 1-800-799-SAFE (7233) or visit their website at https://www.thehotline.org.