Mental fatigue lies at the core of motivating yourself to hit the gym and push hard at every workout. The way the brain and body are interconnected suggests that the brain influences many markers of physical performance, including power, muscular endurance, reaction time, and processing speed. Even the motivation to train is governed by mental energy.

Our goal here is to focus on mental fatigue, how scientists believe the brain is operating through fatigue, and how you can harness willpower and strengthen your self-control to combat fatigue and follow through on a workout program.

Understanding the Causes of Mental Fatigue

It makes sense that mental fatigue would influence metrics like reaction time, processing speed, and focus. More surprising is that it can decrease endurance and strength performance. In a study conducted at Michigan Technological University, when participants were given mentally fatiguing questions while in the process of working out, strength performance decreased by 10-66 percent and endurance performance by 25 percent.[1]

A 2017 review of 11 studies analyzing mental fatigue and physical performance confirmed those results.[2] The authors identified “higher than normal perceived exertion” as the culprit that was hurting endurance performance.

There are two potential explanations for why this happens. One is that the more mentally tired you are, the higher the signaling rate, which is how much the brain talks to the muscles in order for them to perform. It makes you feel that you have to work harder physically. 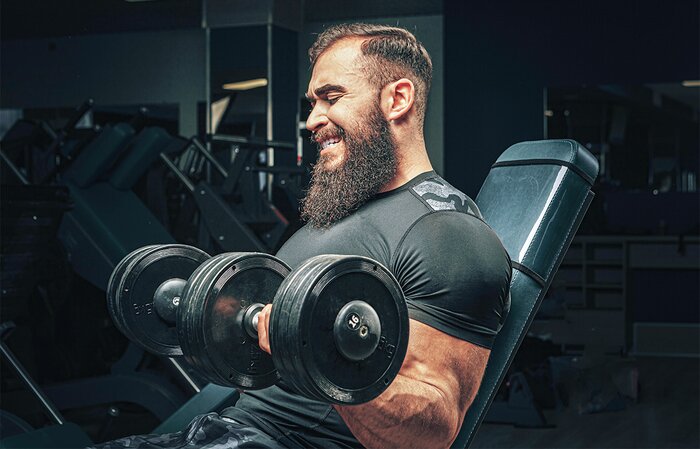 The other hypothesis is that the brain processes effort differently when it is suffering from mental fatigue, which makes the workout seem more difficult than it actually is.

For example, when the sensation of fatigue—burning legs, wheezing lungs—is amplified, the brain decides “this is enough,” and exhaustion sets in. You may be physiologically fine and your body may be capable of doing much more, yet you are mentally unable to go further.

There are two main models of mental fatigue: the central governor model and the psychobiological model.

The central governor model suggests that the brain regulates physical exertion, controlling output so you cannot threaten the body’s safe homeostasis. This is a top-down theory: The brain keeps you safe from harm but does it subconsciously.

In the psychobiological model, theorists observe that people exercise until they experience high levels of perceived effort, and they stop exercise without actually getting to physiological failure, often because they believe the task is physically impossible.[3] This is done at a conscious level, as it relates to perception.

Both are important, though theoretical, models of mental fatigue. While they disagree on some aspects of how and why, they agree on the big picture: Increased mental fatigue results in decreased athletic performance.

The Science of Willpower

Your ability to maintain self-control and actually work out, finish the workout, and train to physical exhaustion is a huge determining factor in your success. It may also be a finite resource.

According to researcher Roy Baumeister, willpower and self-control are limited. In 1998 he coined the term “ego depletion,” which suggests that self-control wanes over time.[4] This gave rise to the idea that willpower may be like a reservoir. Each act of self-control taps into the reservoir, which leaves less self-control available for other things that require it.

People have a hard time maintaining self-control over long stretches of time. Many people join a gym or start an exercise program in January and find themselves skipping workouts by February. But depleting willpower doesn’t just occur over weeks or months. It can play out over the course of a day; for example, someone who seldom eats junk food, but when they do, it is in the evening and at night. Their self-control, which has been exerted all day, starts to fail in the evening; their self-control reservoir is drained, and there’s nothing left to counter temptation.

Another model of motivation, the self-determination theory, builds on the idea of willpower being a finite resource.

In 2007, researchers Richard Ryan and Edward Deci stated that ego depletion is more nuanced than Baumeister suggests.[5] Focusing on “vitality,” a term they use for physical and mental energy, they propose that the degree of depletion of vitality and energy is determined by the source of motivation for the behavior. In other words, the key is the why of what you are doing. According to Ryan and Deci, intrinsic motivation (being the best version of yourself, having self-respect) doesn’t deplete your willpower nearly as much as extrinsic motivation (how you look, what someone said about your body). You can create deeper willpower reservoirs by focusing on intrinsic motivation.

While supplements like nootropics and ergogenics can improve physical performance, there are strategies you can use to get that extra push to fight mental fatigue and support your willpower without supplements.*

For one thing, shorter, higher-intensity workouts don’t require as much mental energy as longer workouts. You can minimize the effect of mental fatigue on exercise performance by the type of exercise you do; for example, high-intensity interval training, which is high-intensity, low-duration activity. 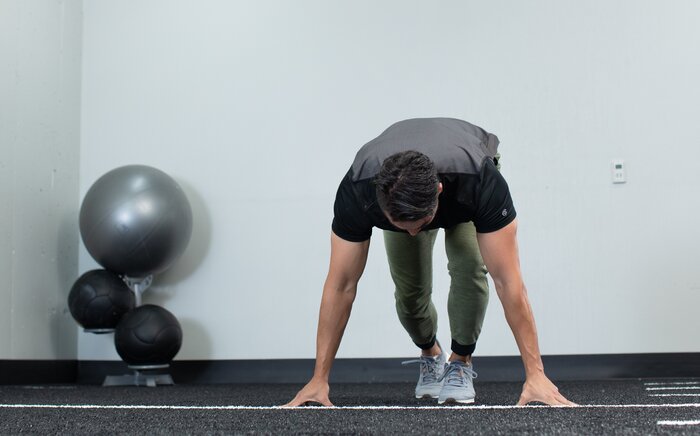 Another option if you are short on time is to do sprints for 4 minutes. You do eight sprints, all out, for 20 seconds, with 10 seconds of rest between sprints. It can be an incredibly challenging workout in less than 5 minutes.

You can also do things during the workday to keep mental fatigue in check. This is especially important if you plan to exercise after work. Having more mental energy available at the end of the day can improve your workout and may even make a difference in whether you make it to the gym at all.

Performance consultant Angie Fifer, Ph.D., suggests taking short breaks throughout the day and that you “focus intensely for 20 minutes with a 5-minute break.” A 2011 study published in the journal Cognition confirms that brief mental breaks slow mental fatigue.[6]

When taking a short break, try doing something different from your work. In other words, don’t take a break from working at a computer by looking at a smartphone. Better to go for a short walk outside.

*These statements have not been evaluated by the Food and Drug Administration. This product is not intended to diagnose, treat, cure, or prevent any disease.”